What can I say about Las Vegas?  Well, it’s not exactly a family destination (um, duh).  It did provide some ‘worldly’ education.

We stayed at Circus, Circus.  To me it felt like I was kinda in a less desirable area and a ways from the other hotels and casinos.  I probably would not stay there again.  The inside amusement park was kind of neat, kind of like an inside fair with rides, including a carousel,  and fun fair food. 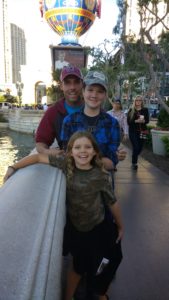 My favorite park was walking around and checking out the different hotel.  The way the are decorated was a lot of fun.  Paris Paris with the Eiffel Tower, Greek statues, Gondola rides on the water, large water fountains- it was a lot of fun just exploring.  There is also a lot of shopping to be had, but we were on a budget.  Thank goodness, window shopping is free. 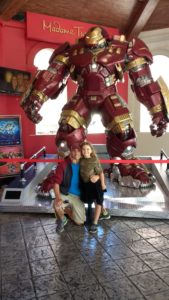 The education my girls received….. Juliette said she had something to say to the people in Las Vegas- put some clothes on! We were able to explain why Vegas is called sin city as the people walked the streets with their alcoholic beverage tied around their necks.  And I had no idea that prostitution was legal in Nevada until just before we visited.  Let’s just say the girls did a lot of looking the other way. 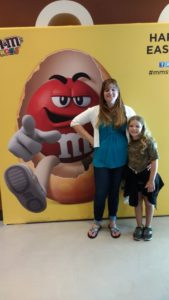 I know there’s a lot to do in Vegas.  The bright lights are fun, the themed hotels and shopping , and the shows, but ultimately I probably would not return with my children.  I would enjoy going back with my husband and checking out a few shows and playing a few slot machines. 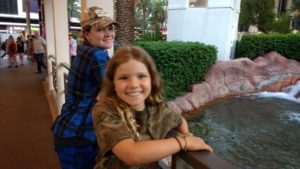