Now that we’re in California and settled it’s time to do some exploring before work begins.  So a road trip to San Francisco is in order! 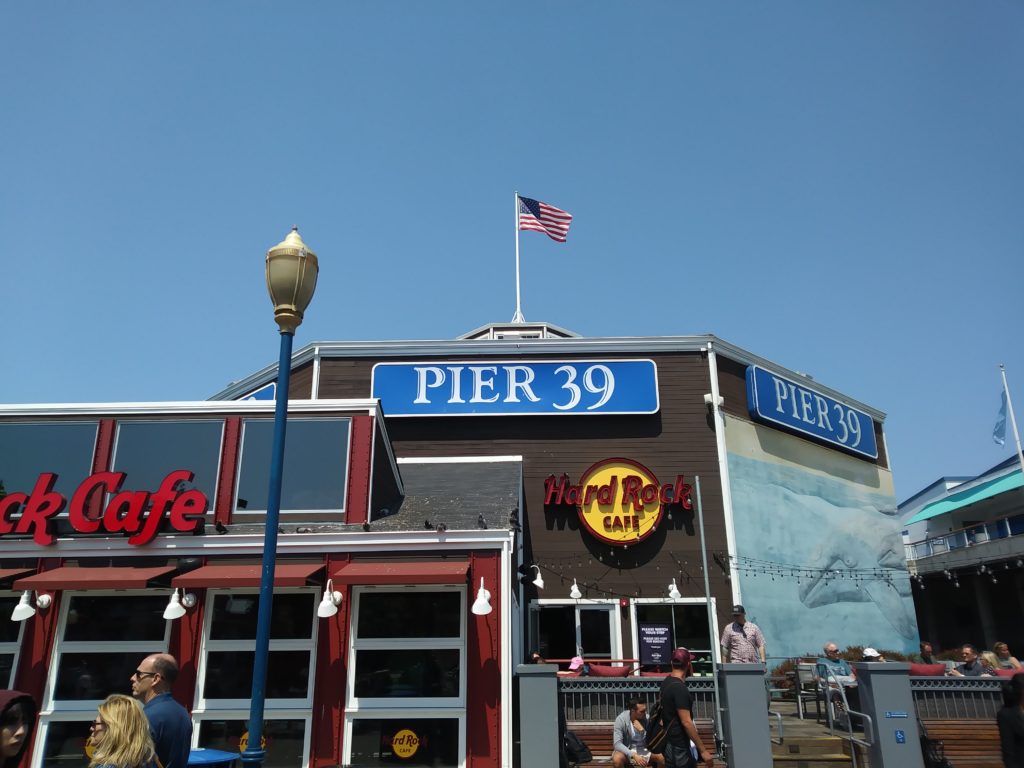 San Francisco ended up being about from Stockton.  I didn’t make the same ‘big city’ mistake that I made when we visited Seattle.  This time I looked up parking near our destination on Google Maps and drove straight to the parking.  I then memorized where we were parked.  Lesson learned the hard way thank you very much Seattle.

Pier 39 is where we spent most of the day.  First we found some lunch. 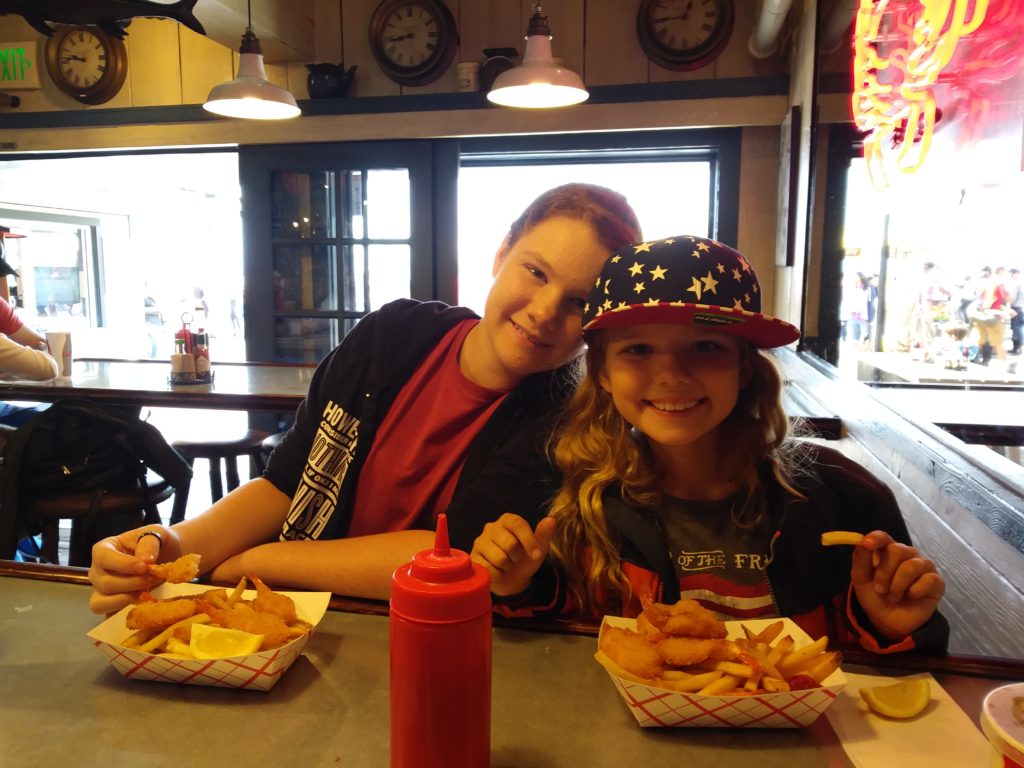 Jay and I  ordered fish and chips and the girls had shrimp and boy was it good.  I wish I could remember the name of the restaurant. 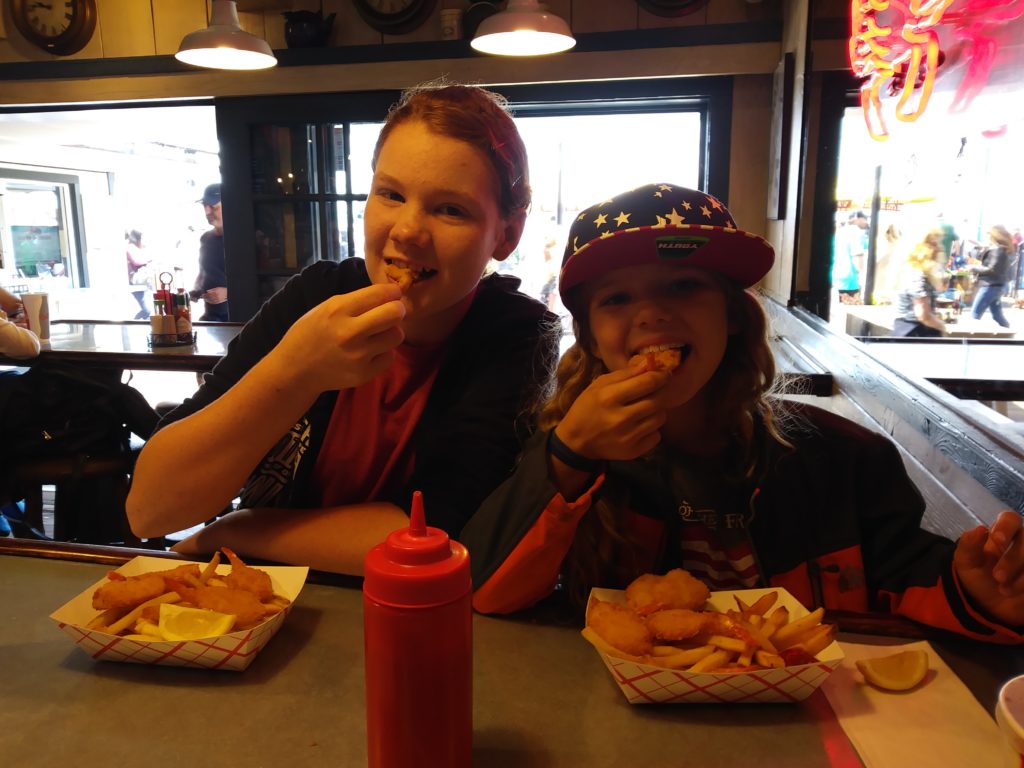 We walked around and watched some live entertainment.  A comedy show- G rated comedy. 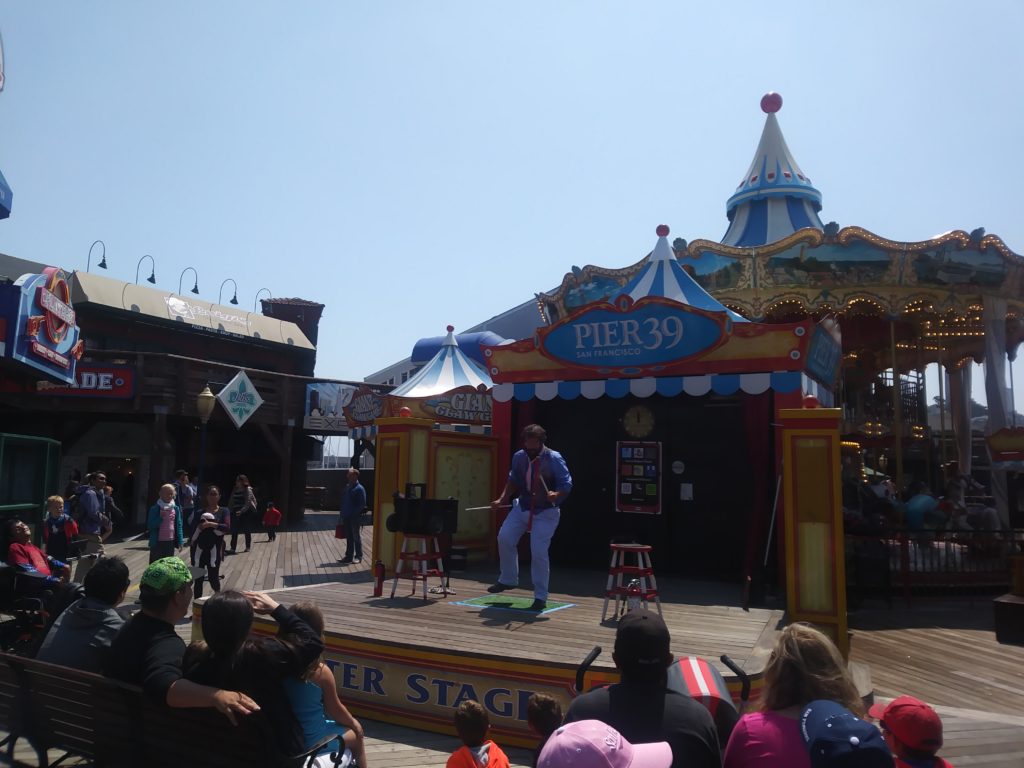 The weather was absolutely beautiful.  Cool enough to wear a jacket, but not cold.  No clouds in the sky.  We enjoyed watching the sea lions at the pier.  They bark and play something that looks like king of the hill.  They push each other off the dock and then bark and nod their heads up and down like they’re something- until a bigger sea lion comes and pushes him off.  It was a lot of fun to watch. 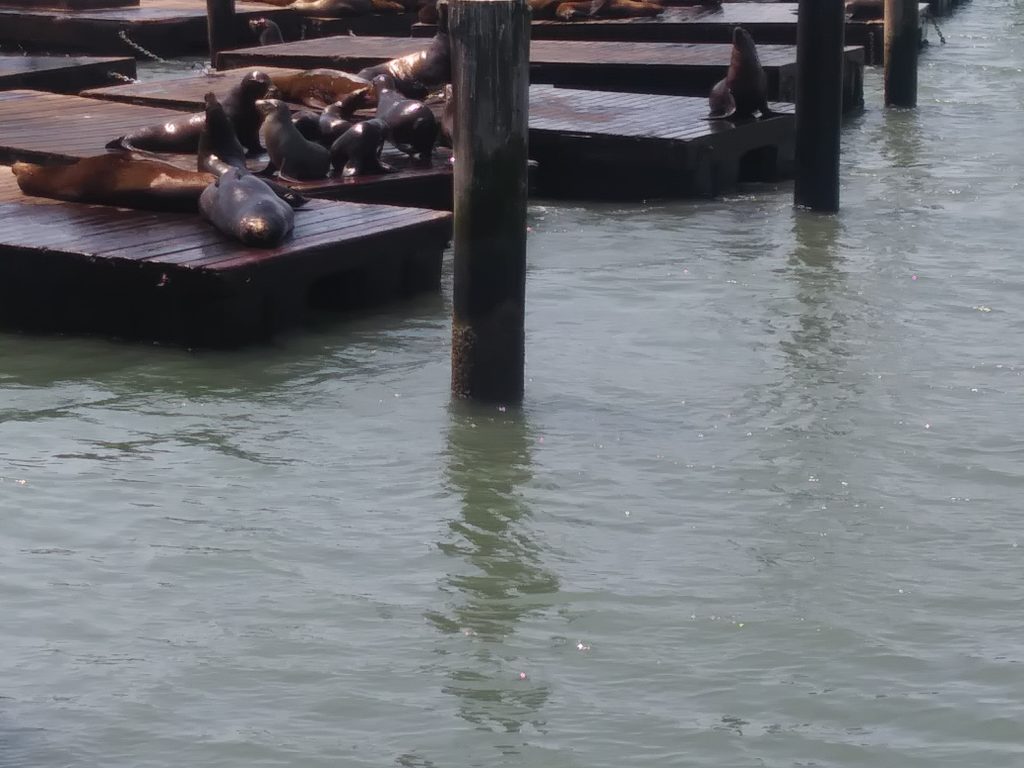 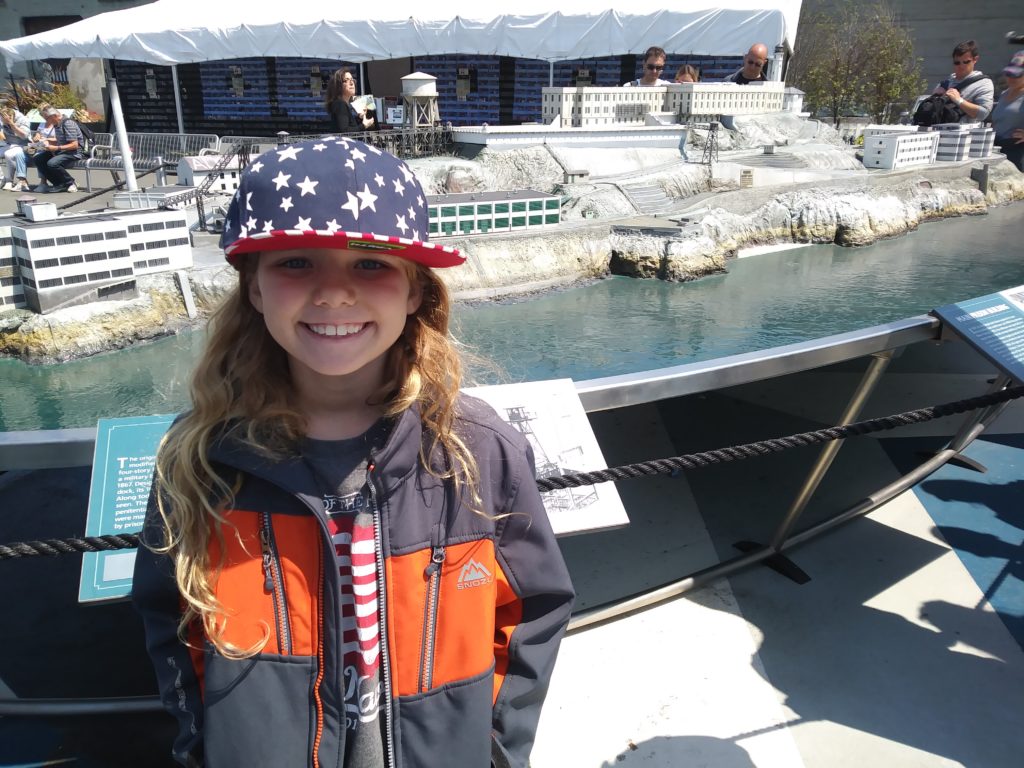 We did a little shopping- 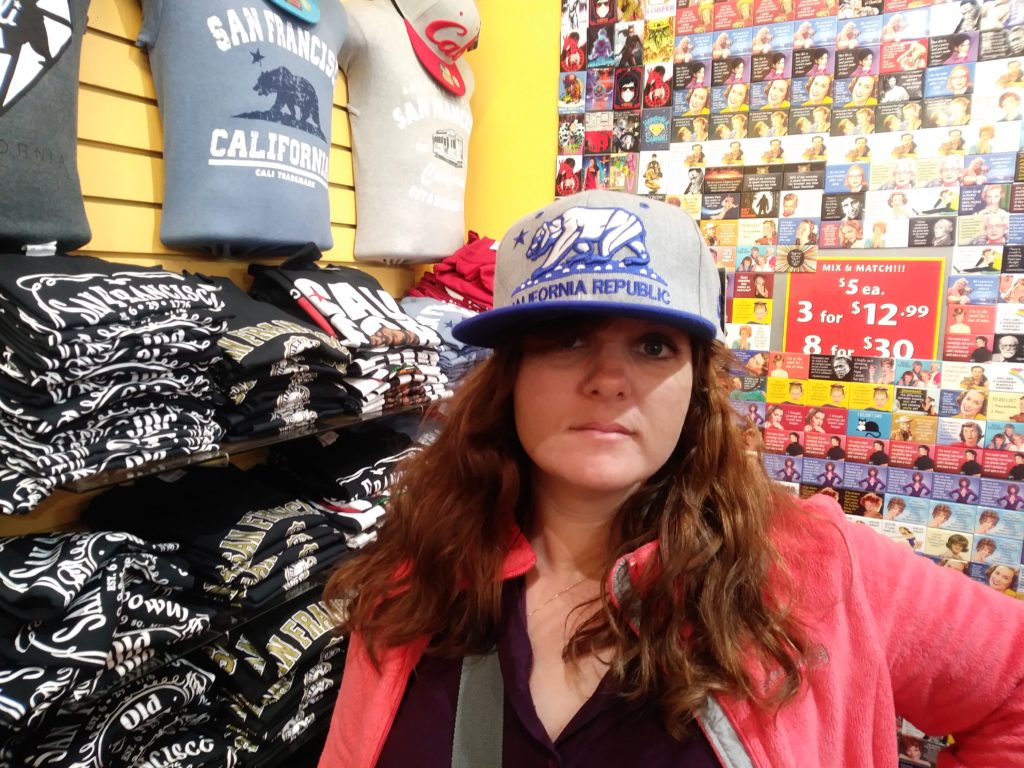 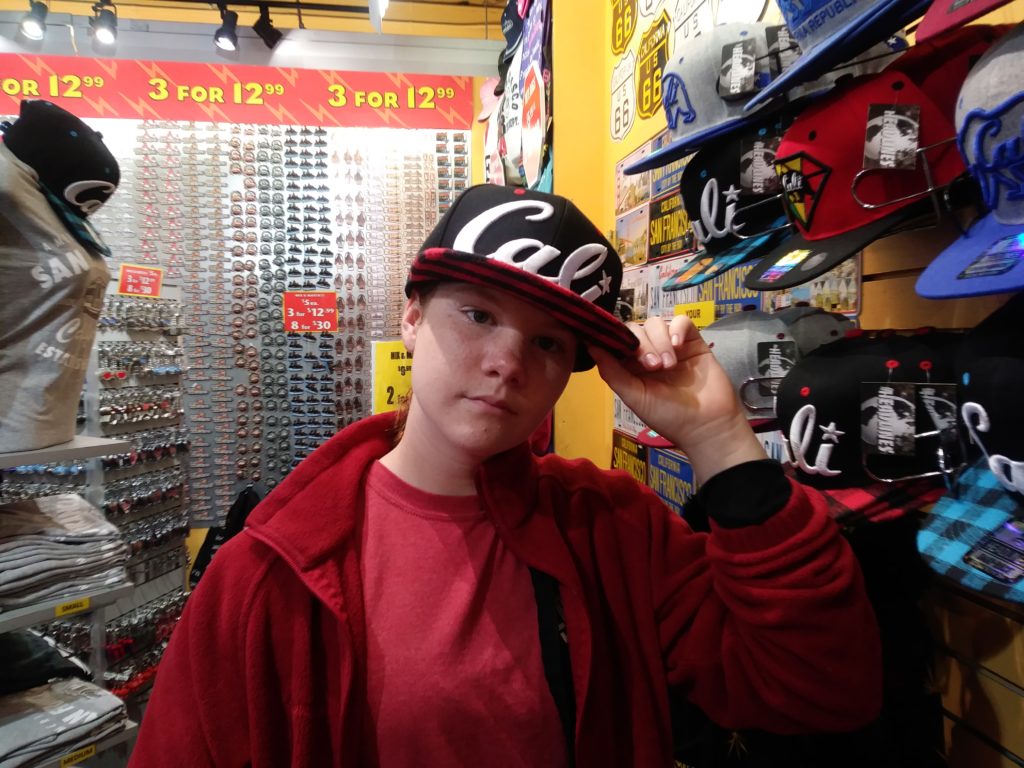 But being outside of the pier was my favorite. 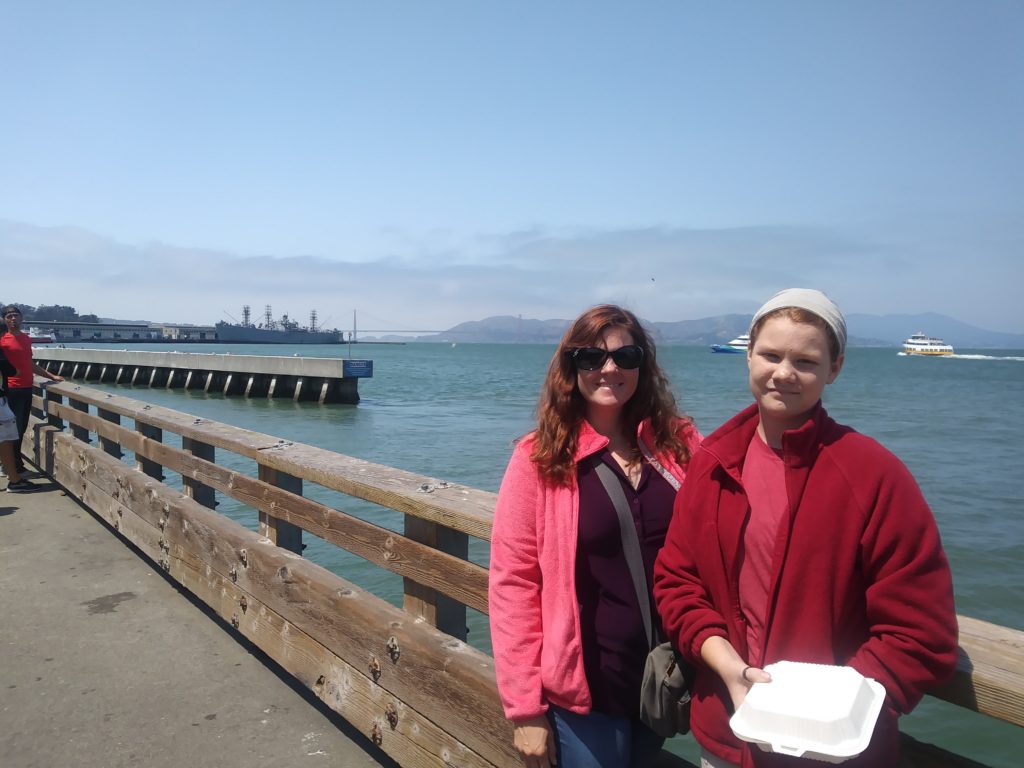 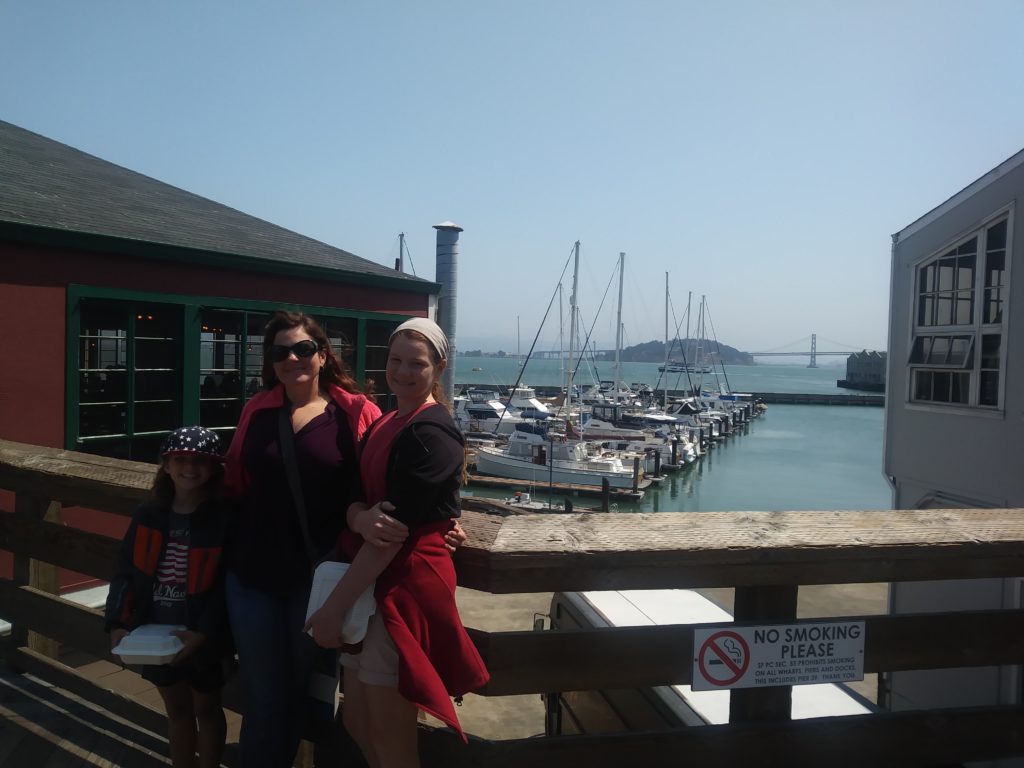 After leaving the pier we rode around a bit and then drove over the Golden Gate Bridge.  I don’t have those pictures because I was driving.