The other day we decided to go check out Huntington, WV.  I’d been told that this was a neat little town.  We decided we’d go check out some of the parks.  One of these was Ritter Park.  This park definitely goes on my list of favorite parks.

The first part of the park we visited was the rose garden.  We climbed a set of very picturesque stair to the area that housed the rose garden.  There was an array of colors and varieties of roses, each labeled.  I was able to get a few nice photos.

Along the outside perimeter is a nice, large walking trail where we passed others walking, running and riding bikes.  There were bridges crossing the creek along side the park.  I’ve already talked about my fascination with bridges- I enjoy photographing them and just admiring their beauty and uniqueness.

The center of the park held a couple of sculptures and a playground.  The kids aren’t too excited about playgrounds anymore.  Juliette is still occasionally in the mood to play on the equipment, but it’s definitely beneath Jaelyn’s level of sophistication at this point, so we skipped on that.  We didn’t have our canine child with us, so we skipped the doggie park, too. 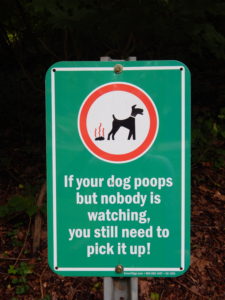 We made a loop around the whole park and then headed back to the car.  We were going to check out another park- Rotary Park.  Umm…. this did not go well for us.  Google Maps sent us up in what felt like someone’s back yard to a closed gate.  I’m not quite sure what was up with that because when I look it up online and look at the reviews- they’re good.  It worked out, though, because it started to downpour.  I guess I must have blocked out how much it rains in the Southeast with our travel out West last year.  Out West I could count on a little more than one hand how many times it rained ALL year.  While we’ve been in WV, it’s rained a lot.  Apparently, I blocked that out because I know it rains a lot during the summer at home in SC, too- especially afternoon thunderstorms.  I’m not complaining- it’s just a realization.

After we pulled out of someone’s backyard I pulled into a fast food restaurant parking lot so we could gather our thoughts and decided whether we were going to go home or find another place to visit.  It’s called Frostop Drive In.  I didn’t know that when you pulled into the parking spot a person would come out to your car to take your order.  That poor boy came to my window to take my order in the pouring rain- Umm, I’m sorry- We’re trying to figure out what we’re doing- Whoops.  That poor boy got soaked for nothing.

There’s a flea market in Huntington.  We decided to check that out.  It was a weekday and not open.  The flea market is attached to a food market that is open during the week, but we had just grocery shop and no one in my tribe was wanting to check out ‘another grocery store’.  So we drove home.